Did the Singapore government overcharge the Singapore public in its sales of treated water? Also, did Singapore’s PUB make S$234 million in profit from this overcharging?

No. The above are all false allegations made/suggested by the Singapore Herald.

(1) That treated water was being sold to Singaporeans at a gross overcharge of 472% off the cost of treated water, and

(2) That Singapore’s PUB, Singapore’s National Water Agency had made S$234 million profit in 2018, allegedly announced by PM Lee in 2017.

The above are completely untrue. 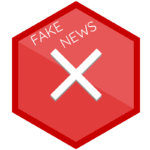 According to the article, the Singapore government “unwittingly revealed” the price of treated water at RM 2.40 and yet, in its latest list of PUB prices for water, claimed to charge S$4.58 per thousand gallons.

First, there is no “unwitting” disclosure – The cost of treating water for export to Johor is a fact that has been published and released publicly for over a decade.

The article has omitted to mention that the water which Singaporeans get comes not from treating raw water alone but from at least 3 other sources: Newater, desalinated water and water from our local catchment.

We quote the PUB’s website as follows: “The water price goes towards meeting the cost of water treatment, reservoir operations, NEWater production, desalination, used water collection and treatment, as well as the maintenance and expansion of the island-wide network of water pipelines. // It also includes the Water Conservation Tax (WCT), which is imposed on the potable water tariff. The WCT reinforces the message that water is precious. This tax is also to reflect the full incremental cost of producing more potable water (likely by desalination and NEWater) beyond PUB’s present output so that consumers are conscious of the scarcity value of the water they use.”

A careful review of the figures will show why the article is false and misleading. According to the same document relied on by the article, operating income in FY 2017 was S$1.286.2 million, and operating expenses was S$1,324.0 million. After including net non-operating income and financial expenses, the PUB in effect has a net LOSS of S$50.4 million.

The figure of S$234.1 million is derived after factoring in S$332.9 million in operating grants and a -S$48.4 of contribution to the Government Consolidated Fund. The PUB, being a statutory board, has the Ministry of Finance as the sole shareholder, with no voting rights (i.e. decision making powers). This profit is not paid out in any dividend but held for use as capital expenditure by the PUB.

P.S. – We should add that the States Times Review is wrong from the outset for its use of the term “profit”. There is no concept of “profit” in the financial report.